With current screening tests for HIV, including the rapid HIV test, we are not looking directly for HIV virus rather the body’s reaction to HIV infection.

When a person is infected with HIV a number of proteins are made by the body as a reaction to the infection. Two important proteins are HIV antibodies and P24. Both are made soon after infection however there can be a delay between the time of infection and being able to detect these proteins. This is called the window period. 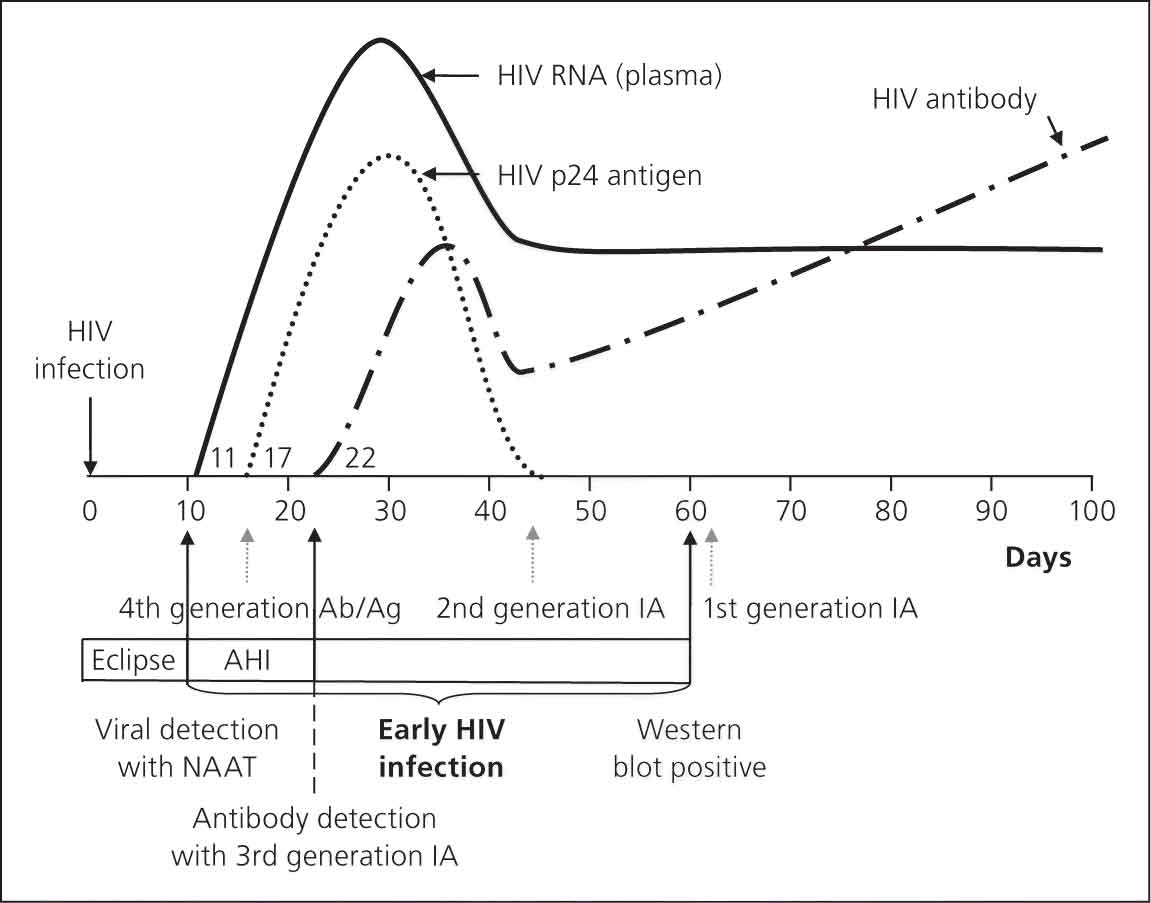 What Are HIV Antibodies?

With many infections the body produces antibodies to help stage a fight against the infection. HIV infection leads to the production of HIV antibodies as early as 11 days after infection. On average it’s detectable at 21 days and 95% of people will have produced detectable antibodies by 28 days.

The combination rapid HIV test tests for HIV antibodies. It also tests for a the P24 protein that can help with earlier detection of infection.

The 4th generation HIV test used in our clinic can detect both HIV antibodies and P24 protein.

Your doctor can help explain how accurate your test will be depending on the time since your exposure. You can learn more in the post “How accurate is the rapid HIV test during the window period?”